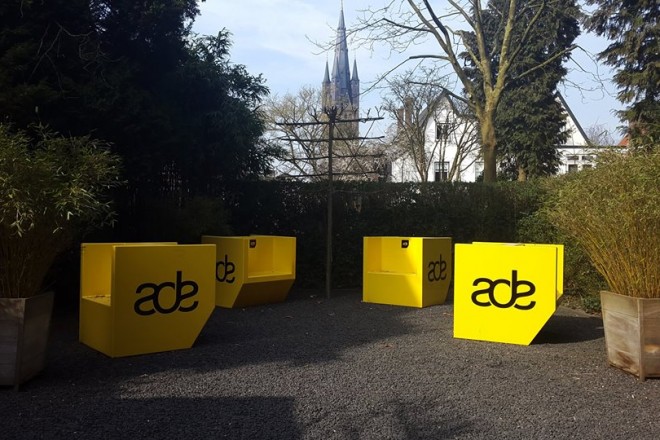 Hard to grasp, but better hold tight. CLICK’s ADE 2015 edition is lurking around the corner, anxious to thunder. And thunder it will. With the likes of Josh Wink, Steve Bug, Gabriel Ananda and Steve Rachmad this year’s ADE edition forms again the top of the iceberg of the unstoppable growing ADE roster. On Friday, October 16 the Amsterdam Westerunie will open all its 4 rooms for the rave of the year: CLICK presents OVUM, AD Bookings, CLICK Records & Soma Project.

Year in, year out, together with befriended organizations, CLICK pulls out all the stops to drop an edition that makes friends and enemies hearts beat faster. Edition 2015 together with OVUM, AD Bookings (friends and solid partner for many years), CLICK Records and SOMA Project will be no exception to this rule. A home match.

The list of artists is as impressive, as it is long. In case convincing is still in place here, read on for a handful of CLICK’s ADE 2015 highlights. Better buckle up. To start, there are the leading guys of OVUM, spearheaded by its name giver and techno royal Josh Wink, accompanied by a gang of fellow game changers such as Steve Bug and Davide Squillace. Wink had his share in numerous ‘eyes closed’ moments while spinning his hit productions ‘Denial’, ‘Talking To You’ and ‘Balls’ at the best parties around the globe, while continuously pushing OVUM further with consistent releases of some of the most exciting and talented producers around.

Producers like Steve Bug, who need little introduction. Bug has been reigning over Ibiza with his monthly residency at Space, where his b2b sets with Mr. Wink have been the toast of the season. Bug’s Poker Flat is flourishing as well, out there for over 15 winning years now. Then there’s Davide Squillace. Raised in the southern capital of techno and music in general, Naples, now controlling dance floors around the world with Barcelona as his home base. When it comes to his passion, Squillace makes no compromises. This has landed him leading roles on parties listening to names as Circoloco and clubs no less than Berghain. In this light, his stint at CLICK ADE 2015 seems nothing but natural, organic growth..

And serious organic growth is also best to describe the partnership between Amsterdam’s AD Bookings and CLICK. The two have been teaming up successfully for years, spitting out epic after epic ADE edition. Showcasing AD Booking to the fullest will be done by the likes of The Advent plaving b2b against Indrustrialyzer (live), Steve Rachmad and Joel Mull. Rachmad is a celebrated Dutch techno legend for decades now way over the low land’s borders, and a regular at the CLICK nights. Expect nothing but the most ground shaking techno at this year’s ADE edition, as well as upcoming releases on Drumcode LTD and Life & Death.

Needless to say, there will be plenty of the right stuff coming straight from CLICK’s own inventory. The label has been making waves signing artists like Gabriel Ananda, ANNA, Olivier Weiter, Andreas Henneberg and the 3 kings from the promised new land of dance music, Lithuania, Donatello, Kastis Torrau and Arnas D. All household names for CLICK regulars. Ambassadors of the ever evolving, new electronic sound and grid.

The list is endless. Opening hours and tickets to the already legendary CLICK ADE 2015 edition are not. A pillar under the vastly expanding yearly ADE festival that turns Amsterdam into the epicentre of international dance music for a week long. CLICK presents OVUM, AD Bookings, CLICK Records & SOMA Project is the no-brainer from the ADE calendar. Under the roof of the Dutch capital’s most authentic, yet rave guarantied location, Westerunie, a get together for both connoisseurs as club kids, locals and the international party crowd, all dancing the night away to the beat of the artists who follow nothing but their own.