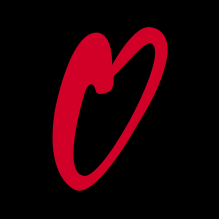 Bringing the disco phenomenon to Leeds for the very first time, Glitterbox goes to Church for the first party of the year. Kicking off the 2018 extravaganza on 3rd March, the towering grade two listed club is the perfect setting for this 21st century disco. Expect a star-studded line-up, flamboyant performers, dancers and drag queens and of course the unmistakable Glitterbox soundtrack of dancefloor gems, uplifting house and fresh disco cuts. The venue formerly known as Halo was recently given an extensive renovation, including a state of the art El’Acoustic sound system, making it an ideal prospect for one of the world’s boldest parties.

Over the last six months the Glitterbox phenomenon has grown exponentially, touring the world and becoming one of London’s most in-demand parties, selling out shows months in advance. Meanwhile, the weekly Glitterbox Radio Show continuously occupies iTunes #1 spot for music podcasts and Glitterbox Recordings has released the hottest new music from the likes of Debbie Jacobs, Folamour, Aeroplane, Ralphi Rosario, Mousse T. and The Shapeshifters. Not to mention the compilations selected and mixed by Simon Dunmore, proving that the spirit of disco is alive and kicking. The next installment Glitterbox – Love Injection, released February 16th, will feature cuts from Gwen Guthrie, CeCe Rogers, Purple Disco Machine, KiNK, Midland and Sylvester – a teaser for what clubbers can expect when Glitterbox touches down in June.

Pre sale tickets are now available for those who sign up, with general sale tickets to follow, which are expected to sell out very quickly. The line up will be revealed at the end of January.

SIGN UP NOW FOR PRE SALE – ON SALE NOW.