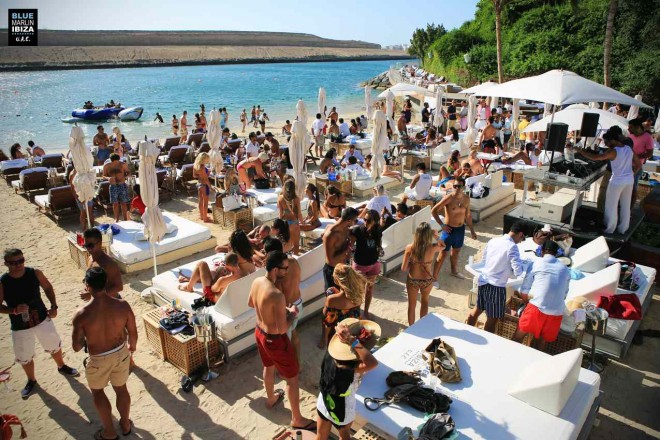 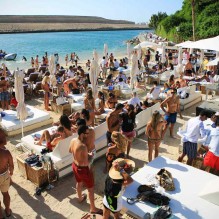 Paradise, Ibiza’s ultimate hedonistic clubbing experience curated by Hot Creations boss Jamie Jones, will swap DC-10 for the sands of Dubai this spring with a full Ibizan takeover at Blue Marlin Ibiza UAE. Having taken the Paradise brand around the globe, capturing the hearts and souls of discerning clubbers from all walks of life, the immersive utopia makes its long-awaited regional debut on Friday 6th April.

Topping the bill is Paradise head honcho, Jamie Jones, who is widely regarded as a pioneer of the new sound of house music. The multifaceted Welshman is famed for his influence on the industry in a myriad of ways outside of his event superbrand including his cross-genre band, Hot Natured and his imprint Hot Creations which has released the likes of Blue Marlin Ibiza UAE’s ambassador, Richy Ahmed who will also play out for this Middle East exclusive.

Enlisted to help raise the metaphorical roof at the open top beach club, are 2 names known for international appeal; TIGA and Matador. The former is Montreal’s superstar DJ responsible for club hits such as ‘You Gotta Want Me’ and critically acclaimed remixes of artists like The XX, LCD Soundsystem, Depeche Mode, Peaches and Moby. Award-winning electronic live act, Matador has had rapid worldwide success in recent years and a devoted worldwide fan base of clubbers and peers alike. This Irish born ambassador of the NEVE 5088 Console promises one of his renowned explosive live shows at the club.

With the takeover running across 2 stages, extending to the upstairs hotel pool, extended hours of 10am until 1am, stunning cocktails and delicious Mediterranean-Oriental fusion cuisine, Paradise’s debut is an unmissable event which proves why Blue Marlin Ibiza UAE is putting its surroundings on the map as a top clubbing destination.