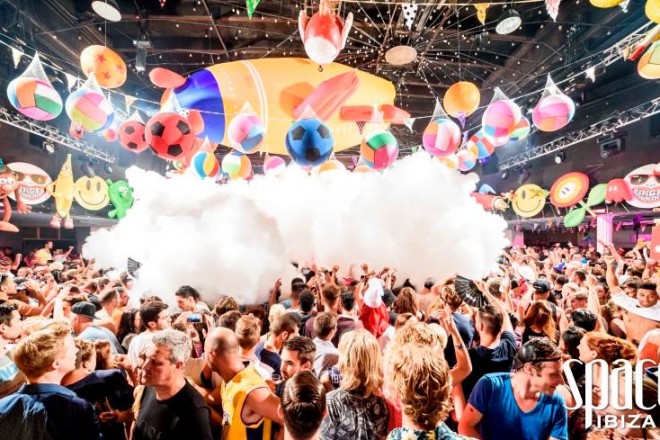 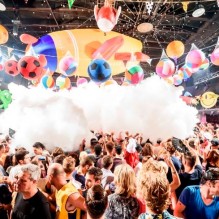 Midsommar x elrow & Absolut promises to be the defining event of summer 2018. A party that will channel the esoteric spirit of elrow while tapping into the mysticism of Swedish heritage – a celebration of togetherness, new beginnings and light… where the sun never sets and anything can happen… Line up as follows:

2MANYDJs will close the Sun Stage from 10-12pm with a house and disco set that will get your booty going.

DAMIAN LAZARUS brings a sunset to remember to Cova Santa. He has travelled the world for a decade an expert in performing his magic in spectacular outdoor locations. Be ready.

Crazy by name crazy by nature, CRAZY P fuses a mix of discoid underground magic with deep electric house, glittering pop and much much more.

AXEL BOWMAN Representing the Swedish scene on the Flower Stage.

Lex Wolf and Negghead of ACID MONDAYS are known for bringing hallucinogenic house and techno global.

Playing his first set in Amnesia in 1983, international DJ and Ibiza legend ALFREDO has since shaped the sound of the ‘Balearic Beat’.

Originally from Lisbon, Ibiza based Filipa Lazary as always, brings an eclectic yet groovy and uplifting set. Violinist, Lettice Rowbotham & DJ Fenna Rhodes electrifying the audience with a live performance. More live music to be announced…

Strawberry Bake OFF by Katie Brant

Ceremonies by Theatre of Ancients

Transform with In Your Dreams

And much much more…

In what’s set to be the most memorable event of the summer, elrow has joined forces with Absolut to encapture the spirit of Midsommar bring a flavour of Scandinavian inspired magic to Ibiza, with a unique celebration of Midsommar. The event will be taking place on Wednesday 8th August at Cova Santa – the al fresco venue, etched into cliffside of San Josep, will be transformed into a floral, sun filled paradise to celebrate this Pagan tradition, but in typical elrow style – expect it to be an enchanting affair!