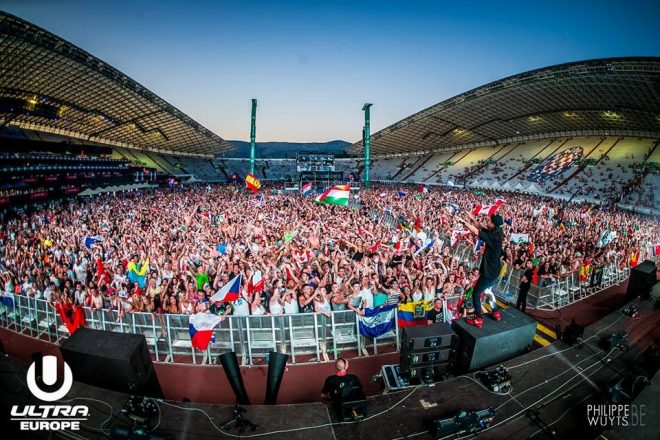 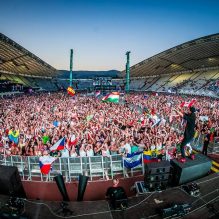 Returning to the breathtaking Croatian Island of Hvar for its seventh edition, ULTRA Beach Hvar has announced the melody-making artists that are set to bring the good vibes all day and night to the Amfora Hvar Grand Beach Resort on July 16 2019.

Renowned for their ability to produce hits time and time again, this year’s lineup consists of Jax Jones & Martin Solveig’s newly formed DJ outfit Europa and British Drum and Bass collective Sigma. With their debut single as a duo ‘All Day and Night’ ft. Madison Beer creating massive waves all over the planet, Europa are gearing up to take their larger-than-life act on the road. With one of their first stops being ULTRA Beach, revellers are in for a treat as they experience the duo’s brand new energetic and experimental live show. Sigma are synonymous with uplifting radio-ready tracks that have been gracing the airwaves ever since their breakthrough hit ‘Nobody to Love’ back in 2014. Having collaborated with the likes of Rita Ora, Labrinth and Paloma Faith, Sigma’s back catalogue is bursting with colourful creations that will provide the perfect soundtrack to ULTRA Beach’s festivities.

Described as the ‘The Greatest Pool Party on Earth’ (The Sun – 2017), ULTRA Beach is one of the most anticipated events in the dance music diary. With its stunning surroundings on Croatia’s sunniest Island, and some of the world’s finest DJs keeping the party in full swing, ULTRA Europe never fails to impress. ULTRA Beach 2019 will kick off at 3pm and will close at 9:30pm. For those attendees that want to keep the party going after the sun has set, RESISTANCE Hvar will be taking place at the majestic Carpe Diem Beach Club Hvar until the early hours. Line up to be announced soon.

ULTRA Beach Hvar is part of the weeklong Destination ULTRA Experience, running from 11-17 July. The experience spans across the stunning Islands of Brac, Hvar and Vis, as well as the mainland for the flagship ULTRA Europe event in Split.

Tickets for ULTRA Beach 2019 are available from €99 on https://ultraeurope.com/tickets/ultra-beach/