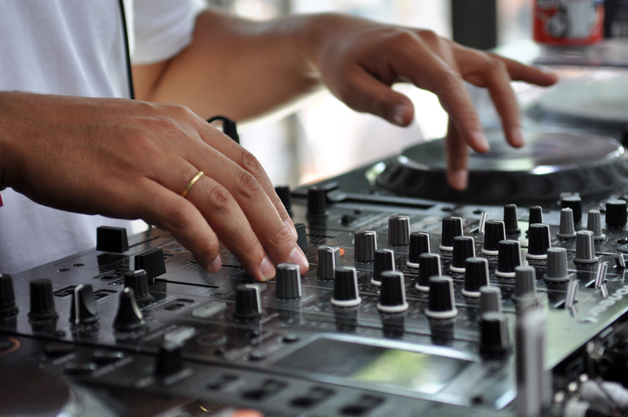 The 11th edition of MUTEK Barcelona, that will take place from March 4 to 7, presents the second wave of confirmations packed with world premieres and debuts in the city with 15 artists who complete the bulk of the programs: X / Visions, Nocturne, Ambient and Play that will be spread around 8 locations throughout the city: Fabrica Estrella Damm, Roca Barcelona Gallery, Institut Français, Nitsa / Astin, Bridge_48, Laut, UPF and ABX10.

This edition marks a new era for MUTEK ES focusing on the interconnectivity of the platform as an incubator space and opportunity generator, curating and promoting unusual institutional synergies; focusing on actively collaborating in the empowerment of the local and international emerging artistic community and in following its foundational mandate to give visibility, foster and accompany the development of artistic talent.

The Nocturne programs of this edition privilege diversity, discovery, authenticity and risk, such as the Mainline collective presenting the premiere of their live show, or the Colombian DJ of the Maricas collective, ISAbella that will play b2b with the Russian Dj Vlada; international acts such as the Australian DJ Plead debuting for the first time in Barcelona with his mix of club beats with R&B, Pop and traditional Lebanese music; the elegance and subtlety of the British artist Barker, from Ostgut Ton; or the live premiere by Canadian producer D. Tiffany.

On the other hand, artists with renowned experience join the Nocturne program at Nitsa / Astin such as the UK DJ with more than 30 years of experience,Jane Fitz, resident of the London Pickle Factory, or the legendary British festival Freerotation and promoter of the Night Moves party she runs with Jade Seatle; Deadbeat, presenting the premiere in Spain of his new project “LNOE (Last night on Earth) on Dub” that will be published this February on UK DJ / Producer Sasha´s label, in an unusual collaboration of the Canadian remixing tracks of the LNOE universe, with his unmistakable electronic dub style.

Focused on generating international and local connections, the Play program at the Fabrica Estrella Damm, features the Canadian artist Aquarian debuting in Barcelona with the live presentation of his latest work ¨The snake that eats itself¨(Bedouin 2020).

Thanks to the renewed collaboration with the Japan Foundation, the Japanese artist YPY debuts in Barcelona with his live set created with analog cassettes and magnetic tapes and Meitei also presenting his album Komachi, highlighted as one of the best albums of the year by media like Pitchfork, in which he channels influences that range from traditional art forms to modern styles, including Ukiyo-e and Gagaku, Japanese ambient artists of the eighties and nineties artists such as Susumu Yokota and Nobukazu Takemura, as well as hip-hop beatmakers like J Dilla.

The Fabrica Estrella Damm will also host the world premiere of Catalan-Moroccan artist Ikram Bouloum, promoted by the festival in collaboration with the project “MUSE, A New Wave in the Mediterranean”, offering her a residence in the studios of Bridge_48, as part of the cooperation project to promote training spaces for a new generation of artists that emerge in the city and with whom the MUTEK platform acquires an accompanying role in their professional development in the mid-long term.

Following this mandate and with the support of AMPLIFY, an initiative of the British Council, Somerset House Studios and MUTEK that connects a network of female artists and curators working in digital arts, the program will include the Argentine visual artist Milena Pafundi who already performed at MUTEK Montreal, Mexico and Buenos Aires, and will take control of the visuals for Friday’s Nocturne program at Nitsa.

#WeAreEquals the British Council platform for gender equality and diversity in the music industry, will celebrate its Music Academy February 21 and 22 at Bridge_48. Vicky Clarke, who will focus her mentoring on music production and her relationship with technology, will also perform live on February 22 at Soiree MUTEK #2, as part of the closing party of the #WEA Music Academy. Remember that until January 27 you can still apply to participate as an artist HERE.