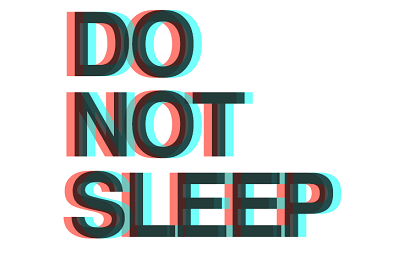 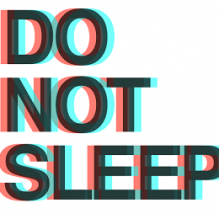 Do Not Sleep Amnesia Ibiza 2020

Do Not Sleep is Ibiza’s favourite straight-through-crew, and they are back at Amnesia Ibiza for a mouthwatering 2020 season that starts on May 16th. After that there will be six parties, with more to be announced, that will serve up with the best names in house and techno in the most famous club in the world.

Amnesia Presents and Do Not Sleep have long been bastions of quality underground music. The latter has become synonymous with music first, no-frills partying for those who like to get sweaty to the edgiest and most on point DJs of the day. Guests over the years include the most cutting edge house and techno tastemakers such as Alan Fitzpatrick, Floorplan, Charlotte De Witte, Stacey Pullen, Ilario Alicante, Luigi Madonna, Sidney Charles, Marco Faraone, Carl Craig, Seb Zito, Technasia, Hector and many more.

Says Do Not Sleep co-founder, Neil Evans: “2020 got off to a proper bang for us with some mad tour events in Australia and New Zealand. Then we pushed right on through to line up some killer pre-Ibiza parties in London, Manchester and Miami and now it’s full steam ahead for the sixth summer on the White Isle.

“We’re super buzzed to be hosting six shows at one of the most legendary clubs in the world for the third year in a row. The big opening party is 16th May so expect the usual musical madness and non-stop party vibes from the Do Not Sleep crew at what is sure to be the start of another mad season. We hope you can join us in sticking two fingers up to sleep until winter!”

Now going into their sixth season in Ibiza, Do Not Sleep have also hosted killer parties around the world including some serious pool parties in Miami with Ilario Alicante, Skream and newcomer of the moment Chris Stussy, with a big party at Manchester’s Albert Hall coming up on March 14th with Pan-Pot, East End Dubz, Sidney Charles and Darus Syrossian. This Easter Sunday, the team also host a seven hour Do Not Sleep takeover at MK Arena in Milton Keynes with Green Velvet, Richy Ahmed, Darius Syrossian and many more.

On six much anticipated dates this summer, the notorious party starters will come armed with what they are best known for – all shades of house and techno from much loved Do Not Sleep regulars and residents as well as some surprise special guests and hot newcomers.

Keep your eyes peeled for further line-up details as the countdown to this sensational series has now officially begun.

More dates to be announced.