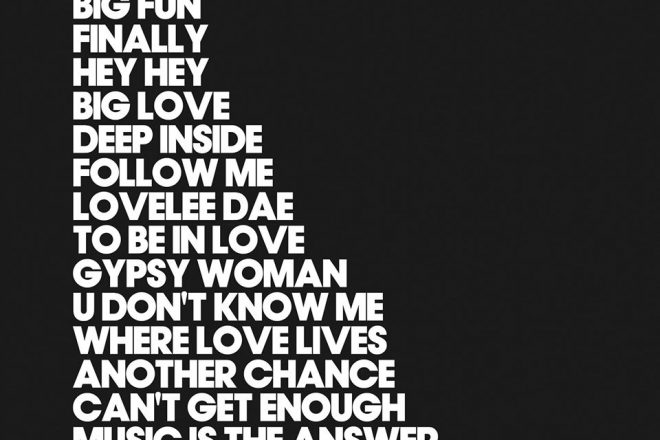 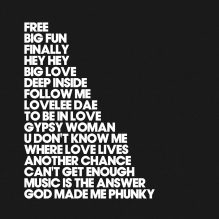 Defected We Dance As One

While continuing to provide hope and uplift for the dance community and fans around the world affected by the ongoing impact of the pandemic, Defected are also seeking to raise awareness for the plight of the events business in the UK and around the world in this post-pandemic era, with all activities supported by the Night Time Industries Association and Association For Electronic Music. We Dance As One is Defected’s way of showing solidarity for an industry that has largely been ignored and dismissed by the government. Showing up for the culture in a way that only Defected can, We Dance As One will see world-renowned DJs broadcast to millions, completely free and accessible to enjoy in the comfort of their own homes, united as one on the virtual dancefloor.

Kicking things off with a suitably heavyweight line-up, October’s event will feature sets from Carl Cox, CamelPhat, Dennis Ferrer, Disciples, Mike Dunn, Natasha Diggs, Sam Divine and more to be announced, streamed via YouTube, Facebook and Twitch. Sets will be broadcast from the DJs’ homes or where possible, their favourite local nightclubs which are currently lying empty due to pandemic restrictions. CamelPhat will perform at Liverpool’s Mansion nightclub, a venue that they own in their hometown. Sam Divine will play at London’s beloved Ministry Of Sound, while Mike Dunn will be at Smartbar in his native Chicago and Natasha Diggs from New York’s House Of Yes – all with strict restrictions and social distancing in place.

“We cannot allow our culture to just be dismissed, or abandoned. Defected cannot stand by and let people just give up on nightlife, on clubbing and the extended industries dependent on events. Alongside the financial benefits, dancefloors and music enrich the lives of millions around the world, breaking down prejudices and boosting our mental health.” – Wez Saunders, Managing Director Defected Records

From security to bar staff, sound engineers, dancers, logistics managers, to DJs and musicians (to name only a few), the pandemic has negatively impacted dedicated and highly skilled people in the music and events industry, repeatedly told by the UK’s government ministers to “retrain” or find alternative careers rather than receiving vital support. In the UK alone, the hospitality industry, the 5th largest in the country, has been hit with massive job losses, redundancies and physical loss, resulting in livelihoods being shattered and hardworking people facing anxiety and frustration.
Defected are taking this opportunity to bring on board workers who have been displaced or lost work during this time. Events staff, videographers and creatives are being recruited to help the Defected team, either behind the scenes at the various live-streaming locations or helping to achieve the high standard of production in the broadcasts. Assembling a network of highly skilled professionals from the sector who have lost out on jobs or turned to freelance work, with We Dance As One Defected hopes to rally the dance music community on both a local and global scale. As well as using the displaced staff, Defected will use the live streams themselves as promotion for the individuals, to advertise their skills and give them some well-deserved recognition. A token of appreciation to reflect the new era music company’s wish to support those who have been affected.

“We want this to be a calling card for those who have had their jobs and livelihoods taken away. We need to joyously remind people what these artists and DJs are best at, and why this music matters so much to the mental health of so many. We need to do what we do best at Defected and bring people together from around the world, getting people dancing. Our role is to ensure people are aware of the current threat to our very culture yet inspired enough to do something about it.” – James Kirkham, CBO Defected Records.

We Dance As One will see Defected revive the template of their Virtual Festival series, a run of weekly online dance music events started in March 2020 to coincide with lockdown. The series raised $1.2 million for the COVID-19 Solidary Response Fund from the WHO, headlined by artists such as Calvin Harris and Idris Elba, and accumulated nearly 19 million views in 10 weeks. It was described by the media as “owning the lockdown” and “the virtual rave which connected the world” and was featured on the BBC, Sky News, Le Monde, The Telegraph, Financial Times and thousands of other outlets. While events and music venues were facing inevitable closures and cancellations, Defected was one of the first music media platforms to react, offering dance music lovers alternative access to festival-quality programming.

The first We Dance As One event will be live streamed across Defected’s YouTube, Facebook and Twitch platforms on Friday 30th October.

We Dance As One 1.0 Facebook event
More on the NTIA
More on AFEM