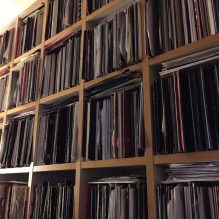 With the official launch drawing ever closer, Hydeout: The Prelude is ready to make its permanent mark on the virtual realm by revolutionising the digital music space this November. Having already announced an array of world-class international artists, Hydeout continues to impress as it unveils the second installment of superstar talent set to join the digital dimension.

Enlisting Cosmic Gate, Crankdat, Dubvision, Eptic, Gattuso, Julian Jordan, Justin Mylo, Loopers, Manila Killa, Matt Nash, Maurice West, Mercer, MYRNE, Nervo, NGHTMRE, Pixel Terror, ShockOne, Slumberjack, Slushii, Thomas Gold, Tokyo Machine, Trouze, TV Noise and Yung Bae, Hydeout: The Prelude is bursting with some of the globe’s most in-demand acts who are all set to share their unique stories and performances in the exclusive platform. Encompassing a variety of musical styles, Hydeout is dedicated to providing something for everyone, offering an escape for all music lovers around the world.

Music enthusiasts across the globe can be a part of this online extravaganza through Hydeout: The Prelude Season Passes, which will give users full access to the platform, stacked with over 40 mesmerising on-demand episodes created by none other than the world’s leading music filmmaker, Charly Friedrichs AKA Final Kid. Each episode will delve into the performer’s backstory, taking the viewer on an intimate audiovisual journey that explores the artist in an entirely new light. Leading into the virtual landscape, users will be treated to spectacular never-before-seen performances, which will take place across 6 different stages in HydeCity and HydeIsland. Recreating urban vibes in HydeCity, HydeAlley, The Arch and Pandemonium stages will host a variety of acts, and HydeIsland will emanate tropical bliss with the Aqua Sphere, Sanctum and The Mirage stages. Season Passes will also provide access to a global chatroom, avatar customisation, a variety of games and the ability to host private chat rooms. Season Passes are available via – hydeoutworld.com.

Season Pass – An all-access pass to Hydeout: The Prelude
What you get: Access to all 40 Episodes, HydeCoins to your virtual Hydeout wallet, Personalised Avatar, Access to Games, Access to Global Chat Room, Ability to host Private Chatrooms.

Pay As You Go Pass – A preview pass to Hydeout: The Prelude
What you get – Access to free Episodes only, HydeCoins to your virtual Hydeout wallet, Personalised Avatar, Access to Games, Access to Global Chat Room

– Pay As You Go Pass (US$0): Available on the Hydeout platform from November when the platform launches

* Terms and Conditions – Users are required to register for a Hydeout User account at www.hydeoutworld.com when the platform launches in November in order to activate their Season Pass or Pay As You Go Pass. Each Pass can only be linked to one Hydeout User account.