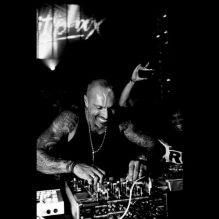 The Boogaloo Weekender is not just another festival. It is a history lesson, a living and breathing ode to the roots, evolution and contemporary stylings of dance music across three days and nights of music. From the early days of the jazz, funk and soul scene, right through to the electronic bleeps and squeaks of house music, this is to be an all encompassing experience set in the unspoilt scenes of Camber Sands from 15th – 18th October. Headliners include David Morales, Terry Farley, Fabio & Grooverider, Colin Dale, Atomic Hooligan, X-press2, Eddie Richards, Micky Finn, Normski, Plump DJs, Krafty Kuts, Yam Who, Grant Nelson plus many more still to be announced. The last of the remaining tickets can be purchased here.

In these uncertain times and the on-going and ever changing impact of COVID on travel, The Boogaloo Weekender offers the ultimate staycation. Part holiday, part music festival, part action-packed experiences, it is a low-risk, high reward way to get away this summer. Some of the standout highlights include Trevor Fung reviving his iconic 80s and 90s brands ‘The Project’ and ‘Substance’ on successive nights with DJ’s like X-Press 2, Matthew B (Bushwacka!) Terry Farley and Terry Francis, David Morales headlining the mainstage, breakbeat heavyweights Plump DJs, Freestylers and Krafty Kuts coming together and performing as ‘King of The Beats’, and Rusty Eagen from the Blitzkidz era performing and set and speaking on panel as well as KISS FM founder and Mi Soul man Gordon Mac playing a special jazz funk set as well as speaking on a panel.

Alongside the carefully curated line up, which features genuine innovators, pioneers, game changing DJs and legendary live acts from across the spectrum, The Boogaloo Weekender offers much more. There will be exhibitions, galleries and discussion panels, a VIP hip hop party with Prime Cuts (Scratch Perverts) and Mental Genius, b-boy dance offs, fancy dress, a rave flyer gallery, DJ workshop including scratching lessons and mixing tutorials, a Graffiti School, Bingo Loco, a vintage campsite with all sorts of old school fun and games and much more.

The discussion panels will be headlined my Mike & Claire Manumission with a muse on topics such as the early explosion of UK clubbing. The wag club, the blitz kids, flicks nightclub, soul weekenders, discovering Ibiza in the 80’s, warehouse parties, the second summer of love, pirate radio stations, The Hacienda, Shelley’s Laserdome and a discussion about Mike & Claire’s up and coming book ‘Memoirs of a Lost Summer in Ibiza’.

The inside art gallery will transport you back in time with the people, art, design, technology and photography that have shaped the electronic music landscape. There will also be a screening of an Acid House documentary that dives into the second summer of love and tells its story from the inside.

The setting for this once in a lifetime gathering is special indeed, with a stunning natural backdrop and the gorgeous dunes all ready and waiting. Pontins Camber Sands is one of the largest holiday parks in the UK and has recently undergone a huge refurbishment. The park offers a full spectrum of facilities including a convenience store, multiple restaurants, arcades, gym, swimming pool, four fully licensed music and entertainment halls, go-kart track, chill out zones and much more.

This is a game-changing event of the sort never seen before. Do not miss out on such a historic weekender.