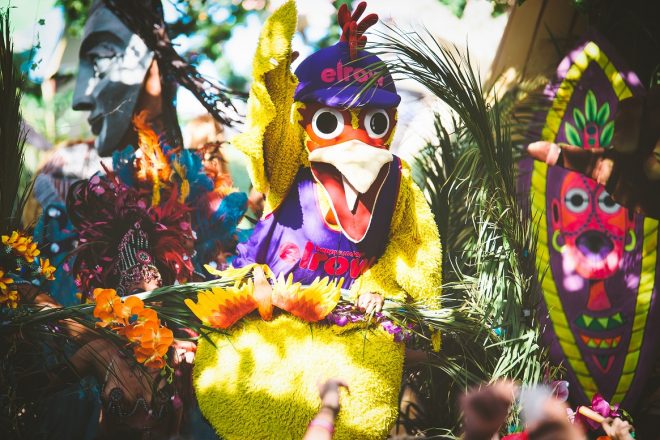 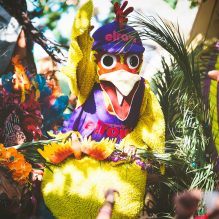 Following their successful North American return in July 2021 with their sold-out 10-hour extravaganza, among the first large scale events back in NYC, today international party purveyor elrow announces it will be closing out the year with its most in-demand sci-fi pop culture-themed winter festival RowsAttacks! elrow’s final blow-out of the year will bring Ibiza to New York with an interplanetary post-apocalyptic invasion taking over two stages at Avant Gardner in Brooklyn, NY on December 11 for a mothership’s worth of partying. elrow also announces an exciting, otherworldly lineup including Grammy Award-winner CID, Jackathon party curator Heidi, and Barcelona’s Rendher. This is one of elrow’s strongest lineups in years so it’s sure to be a special night for music-loving creatures from all corners of the galaxy.

“We’re excited to have our first indoor festival in New York since pre-pandemic days! We’ll be making up our RowsAttacks tour as this has been the most requested theme by our American fans. Last but not least, this is my most favorite lineup ever in elrow North America.” – Michael Julian, Head of elrow North America

Adding to the outer space spectacle, elrow’s otherworldly performers and cosmic acrobats will immerse audiences in an interplanetary experience while dressed as extraterrestrials, astronauts, monsters, Yoda, and other sci-fi beings. With UFO sightings and space alien visitors in the news, and William Shatner blasting off into space, elrow’s futuristic outer space theme is on point. Expect larger-than-life props of UFOs, rockets, and more as the design team goes all out for this multisensory, interplanetary battle between Planet elrow and the evil Planet Sensible. The trendiest DJs in the house and techno universe will be spinning out-of-this-world beats to keep the international elrow crowd moving. Earth may be an apocalyptic wasteland but Planet elrow is teeming with friendly aliens of all types seeking out the best party in the galaxy.

As one of the most sought after experiential events in the world, elrow’s strength comes from its reputation, with NPR calling it ‘the leading adult clubbing brand’. Since its 2016 U.S. debut in NYC which attracted 800 attendees, elrow has steadily expanded its footprint in the United States, growing in notoriety and reputation. It now attracts more than 5,000 revelers per show as it heads into its fifth year of its New York residency. The New York Times gave praise, calling it an “art and music extravaganza … a roaming celebration that is part Cirque du Soleil, part Alice In Wonderland.” elrow hosts the globe’s craziest parties to attend right now with North American residencies in New York and Las Vegas.