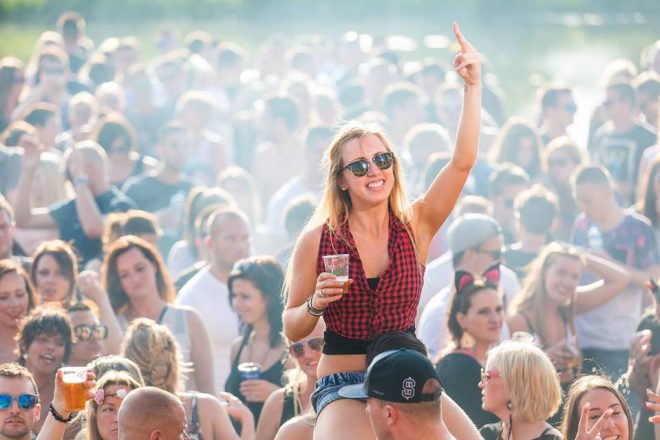 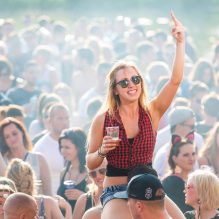 The One In The Woods Festival 2022

Liverpool’s community minded The One In The Woods festival keeps on getting bigger and better with the news that techno heavyweights Nastia, Luke Slater, Daria Kolosova and FRAZI.ER have been added to the bill alongside previously announced techno titans Dax J, Fatima Hajji, Perc and SPFDJ, as well as DnB legends A.M.C, DJ Hazard, Kings of the Rollers, Drumsound & Bassline Smith, Kenny Ken, The Prototypes and Dillinja. Secure your limited early bird ticket now at https://theoneinthewoods.com.

2021 was the debut for The One In The Woods, but it set a dizzyingly high standard with next level production, sound and a warm, friendly and up for it crowd. It is the work of The One Promotions, an experienced and accomplished group of friends who promoted many events across Liverpool and Manchester. Now they bring together the two cities at this titanic event with four stages covering all aspects of techno and drum and bass in real style.

The location is one that takes you away from the everyday hustle and bustle of life and to a lush green setting in Orrell Hill Woods with easy transport links from both Liverpool and Manchester. Surrounded by tall forests and with secluded woodland areas, it has a magical feel that adds something special to the occasion.

The latest additions supersize the techno side of the festival, with Ukrainian tastemaker Nastia, pioneering UK legend Luke Slater, Nechto resident Daria Kolosova and Scottish rising star FRAZI.ER added to an already heavyweight line-up. These come on top of a who’s who of the drum and bass world, with A.M.C, The Prototypes, TC and MEL joining DJ Hazard, Kings of the Rollers, Calyx & Teebee, Dillinja and Matrix & Futurebound, with a monster headliner still to be announced in the new year.

Next to the music, you can expect a vibrant mix of pop up merchants and mouth watering local food vendors catering to the masses, with both vegetarian and vegan options on offer.

The clock is now ticking for the countdown to this perfect summer getaway. Make sure you move fast to book your tickets.