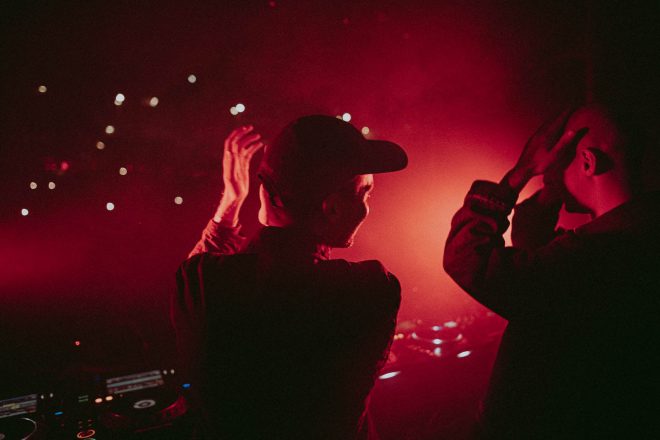 The makers of the Nachtdigital Festival, which took place for the last time in 2019, announce a new festival called “Escape to Olganitz”. From July 29-31, 2022, the festival crew will make a surprise return to the bungalow village of Olganitz in Saxony. The crew experienced the time after the last edition of the Nachtdigital festival as particularly challenging and moving, as the new project NACHTIVILLE also had to be postponed twice.

“The time since the last Nachtidigital was like a roller coaster ride. A lot has happened in the world and in our little worlds and we’ve been properly shaken up by the ride. As a crew, we finally want to put something beautiful back into the world and send a signal. The return to Olganitz is therefore also a very emotional moment for us. We made the decision to do this from the gut.”

With the announcement of the festival, the musical program of the festival is also announced. As usual, the Nachtdigital crew relies on a diverse mix of international guests and local favorites:

Furthermore, there will again be a place for quieter music, which will be called “SENKE Ambiente Floor” and will be accompanied by the following artists:

The new festival is deliberately limited to 2000 tickets and wants to create a familiar and intimate experience which, in addition to cherished traditions, also breaks new ground:

“We know that the bungalow village for all of us is characterized by a quarter century of Nachtdigital. This spirit will also be inherent in “Escape to Olganitz”. Nevertheless, we want to change some things and make them new.”