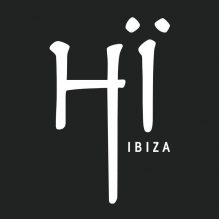 Hï Ibiza’s 2022 season is set to be the most diverse to date, with news that world-renowned Latin rap pioneer Anuel AA is to play four headline shows at the club this summer. This exclusive run of shows, part of Anuel’s Las Leyendas Nunca Mueren tour, will take place on 13th, 20th, 27th June and 4th July, making Monday nights at the award-winning superclub all about Latin music, currently the most exciting and dominant dance sound anywhere in the world.

By any measure, Puerto Rican rapper Anuel AA is a leader in his field. Known globally as ‘The King of Latin Trap,’ he has won multiple MTV, Latin Billboard and Latin AMA awards amongst many others and is a near-constant presence at the top of Latin music charts all around the world. His most recent collaborative album Los Dioses has amassed over 650 million combined streams on Spotify and YouTube and topped US Latin charts. It came just a year after his second album Emmanuel which debuted at number eight on the US Billboard 200 and, incredibly, of the 22 total songs on the record, 14 debuted on the Hot Latin Songs chart. Since then, he has dropped the equally groundbreaking studio album Las Leyendas Nunca Mueren Part 1, with the much-anticipated Part 2 due in 2022 and sure to be teased at Hï Ibiza.

When Anuel AA tours, every date sells out without fail. He has played all over the United States, Latin America and Europe and brings an explosive show that mixes up his genre-defining Latin trap sounds with infectious stage presence. It is still only four years since his genre-defining debut album Real Hasta La Muerte hit the number one spot on Apple Music worldwide and managed to get Platinum-certified status by the RIAA in its first month of release.

Hï Ibiza is the perfect stage for Anuel AA to perform. The futuristic club is of a scale that can match the artist’s musical ambition and has the sort of adventurous production needed to make his famously fiery show come to life in mesmeric fashion.

Tickets are available now – book your place at  www.hiibiza.com.