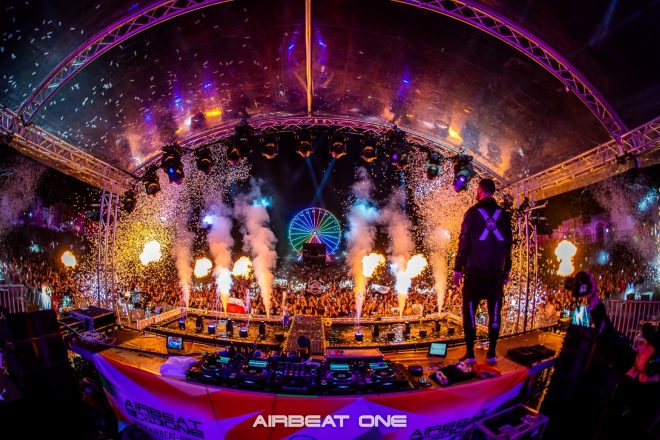 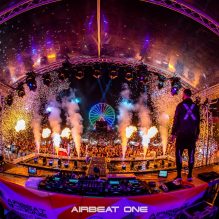 AIRBEAT ONE Festival drops an incredible music and entertainment bomb. While announcing the full incredible lineup for this year’s edition, festival organizers also announced that the price for the 3-day ticket will be reduced to an amazing 99.00 Euros. This incredible offer was only made possible because a pool of sponsors and partners refinanced the tickets to thank festival-goers, and support the festival. This makes AIRBEAT ONE 2022 one of the best value-for-money festivals throughout the whole of Europe while delivering a summer lineup that is certainly in the top three of any festival throughout the entire continent.

Over 300 artists across six stages in a lineup unmatched by anything else, this year’s festival is easily the largest electronic music festival in Northern Germany. The Main Stage lineup is packed with global superstars such as Kygo, Marshmello, DJ Snake, and Tiesto. Superstar DJs and producers Kygo and Marshmello will play their only German shows this year exclusively at AIRBEAT ONE. Another exclusive main stage act in the Neustadt-Glewe is the acclaimed trio ‘3 Are Legend’, consisting of Dimitri Vegas & Like Mike and Steve Aoki, who are all due to perform one of their extremely rare b2b sets.

With Boris Brechja, Charlotte de Witte, Claptone, Fisher, and Vintage Culture, the new Arena Stage also delivers many of DJ Mag’s Top 100 house and techno music superstars. And with Elrow announced as an AIRBEAT ONE exclusive stage host, there’s something exciting, and alluring for everyone at this year’s festival. The most colorful and unique party label hailing from Spain will feature exclusively at AIRBEAT ONE this year, promising to bring with them top headliners such as Kšlsch, Camelphat, and the iconic Paul Kalkbrenner.

Later on, the Terminal Stage also offers top international headliners from bass to the dubstep genre, genre superstars such as Tchami, Malaa, Zeds Dead, Moksi and Netsky. While American superstar Dillon Francis completes this year’s unforgettable Terminal Stage lineup. Francis will play his only festival show in Germany, exclusively at AIRBEAT ONE.

AIRBEAT ONE has secured another German exclusive for the 2022 festival season. The world’s leading hardstyle label Q-dance’s only German appearance this year will be at AIRBEAT ONE. With a lineup that boasts headline superstars such as Angerfist, Brennan Heart, and Miss K8, three acts that have also appeared in DJ Mag’s Top 100 poll. More superstars of the hardstyle genre will also be performing, including Coone, Headhunterz, Korsakoff, Paul Elstak, Radical Redemption, Ran-D, Warface, Wildstylez, Zatox, and plenty more. You can be sure they will shake the Gladiator Stage to its very foundations.

„After two years of the Corona enforced cancellation of AIRBEAT ONE, we were insanely looking forward to being able to celebrate a carefree festival without the fear of restrictions. Unfortunately, with the war in Ukraine, inflation, rising prices, and additional expenses, circumstances have arisen this year that make it difficult for many to celebrate carefree. Therefore, we have talked to our sponsors, who have agreed to financially lower the tickets for the benefit of festival-goers and the festival itself. Therefore we are now able to lower the price of the 3-day festival tickets to a sensational 99.00 Euros, so that as many people as possible will be able to afford the small festival vacation in Neustadt-Glewe (and can party and experience incredible music for a few days, much like we did before the days of Corona and before the war)“ explains AIRBEAT ONE event manager Sebastian Eggert.

This price drop makes AIRBEAT ONE Festival 2022 one of, if not ‘the’ most affordable three-day festival in Germany and across Europe. AIRBEAT ONE boasts a lineup that can only be matched by electronic music festivals such as Creamfields or Tomorrowland. And festival ticket value vs quality of performer will never be matched again. This ultimate state-of-the-art production of one of the ultimate super-festivals in Europe should not be missed by any music fan this summer.

3-day tickets for AIRBEAT ONE Festival, which takes place from July 6th to 10th at the Neustadt-Glewe airfield in Mecklenburg – Vorpommern, are available from 99.00 Euros at tickets.airbeat-one.de.