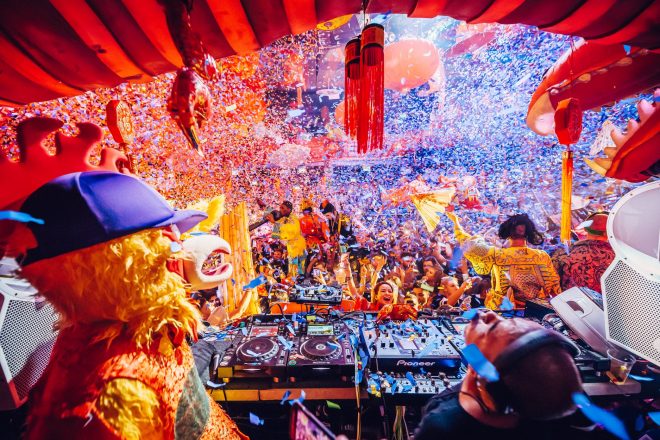 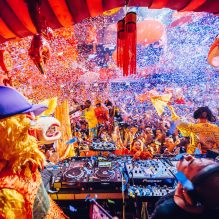 Elrow Town London is back! This time it’s bigger, better, and completely uncut spanning one day in its new home of Parsloes Park, East London on Saturday 20th August. The launch announcement contains some herculean DJs spanning across the house spectrum with Eats Everything, Joseph Capriati, Danny Howard, Claptone, Skream, Andres Campo heading up the belated celebrations. Elrow is expecting up to 25,000 revelers on the day with seven stages creating the full Elrow sensory overload we’ve come to expect from Elrow Town London. All the Elrow craziness has to be squeezed into just 10 hours of music so expect the unexpected on this one-off event.

Juan Arnau, Founder of Elrow says “After more than 2 years, we are finally about to produce the best, biggest and craziest show we have ever done in UK! Elrow Town London 2022 is going to be the most epic show Elrow has ever produced in London. This is our year!!! Looking forward to making magic all together again.”

This year’s stages will be going all out once more, with two huge big top tents and three outdoor stages with the mighty main stage creating the spectacle of the town. Confetti cannons, fireworks, and all the moving parts make the main stage come to life as day turns to night. Elrow is the epitome of clubbing insanity with each stage’s production pushed to the limits of possibility. Throughout the day a parade of colourful characters roll around the streets of Elrow Town creating one of the most unique outdoor party settings to take place in the UK.

For those that don’t know Elrow by now, Elrow Town London is one of the most anticipated day festivals on the UK clubbing calendar. Now taking over Parsloes Park, East London. Elrow comes back from its brief hiatus with a point to prove as the must-attend event of 2022.